With tiny home living rising in popularity and electric setups becoming more robust and powerful, is the inclusion of luxury kitchen appliances now a reality? After testing out the compact oven, we definitely think so! Sure, power consumption needs to be a consideration but with the advancement in technology (lithium batteries, higher wattage inverters etc.) this compact toaster oven is a great option. Not only do you get the full functionality of an oven (most van lifers will know what a luxury that is!), but you also get two cooking hobs integrated on the top of it. This compact solution can therefore act as the only cooking appliance you ever need. 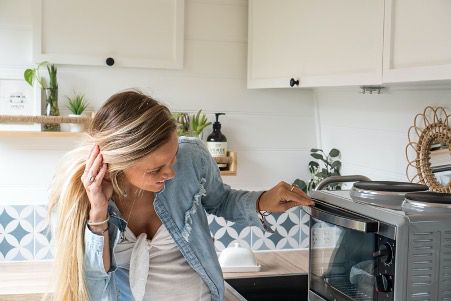 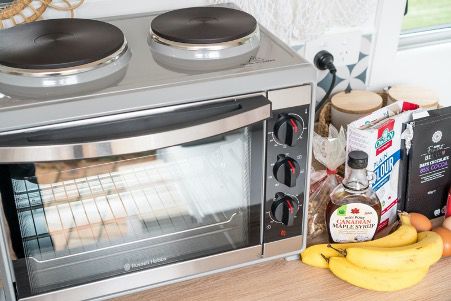 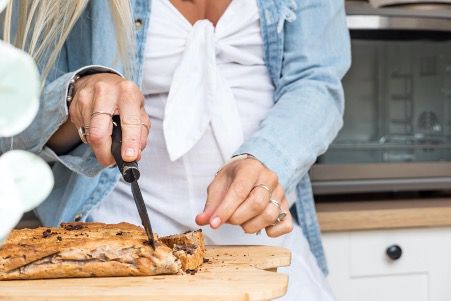 What about performance? We decided to test it out and with my wife, Claire, being pregnant she had a sudden craving for choc chip banana bread so that’s what we made. I say we, but I really mean her, I was just there to support as a very inactive Sous Chef.

It’s very simple to make, just throw all the ingredients into a bowl and give it a good stir until it’s of even consistency. Then transfer the mix to an over-proof bread tin. We turned the oven on at 190°C and chucked it in for 40 minutes (initially had it in for 30 minutes but decided it needed an extra 10). We then pulled it out and it smelled like heaven. Doesn’t get much better than steaming hot, freshly baked, choc chip and nut banana bread! So much so that we devoured it all within the hour and naturally, we didn’t feel like having dinner later on.